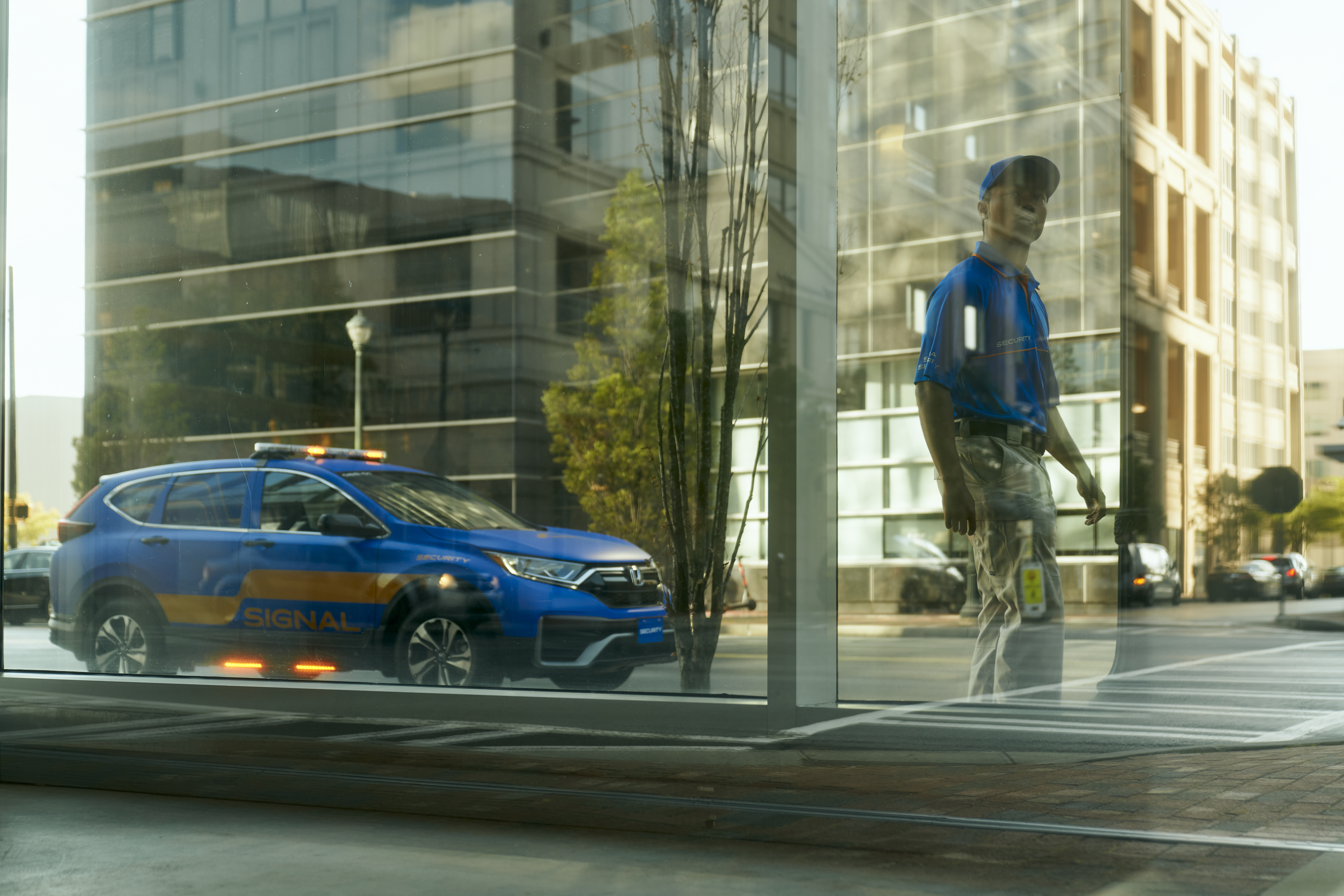 “He’s just an exceptional person,” said Leslie Roller, Director of Operations, “He’s been someone who’s worked here for a long time, in many different positions and always just done a fantastic job.”

Along with his commitment to the job and positive attitude, Hilliard’s response to a domestic disturbance on one of his patrol’s earned him Officer of the Month for September 2022.

Hilliard was on duty at an apartment complex when he got an alert about a disturbance on one of the floors that may require police involvement.

“I went up there to check it out and there was a young lady,” Hilliard said, “She was shaking, you know she was nervous. I asked if everything was okay and she said ‘no, no its not,’ the guy wouldn’t leave her house. She looked back and there was a guy in the background saying I’m not leaving, I’m not going anywhere, I’m not doing anything.”

Although officers typically aren’t supposed to go inside residences, Hilliard said his gut told him this situation called for him to go into the woman’s apartment. Once inside, Hilliard said doors were torn off the hinges and there was blood on the floor.

“He had hit her, he had beat on her,” Hilliard said, “I could tell by her body language, by her actions and her face, that she was scared, she was terrified.”

Hilliard told the man he needed to leave but the man refused.

Hilliard chased the man down the stairs, and he ran into a nearby park. After the police came, they took the woman’s statement, but Hilliard said they knew the man was going to come back.

“He kept calling her and we knew he was going to come back,” he said, “Within 30 minutes I saw him back downstairs in a garage. I called the police and told them where he was, and they got him.”

Advanced Officer Hilliard joined the Signal team in Tampa in 2019, after working for another security company. He says that, compared to the company he was with before, Signal is a far better place to work.

“This is the best security company I’ve ever worked for,” he said, “I love the staff, I love the people. Coral, Brandon, Leslie. They’re crazy but they work hard, and I love them. I’m here until they kick me out of the front door.”

But Hilliard’s team don’t plan on having him leave any time soon. From the first day he joined the team, Hilliard’s positive attitude and commitment to his job has impressed everyone he’s worked with, Roller says.

“One of the first times I put him in charge of anything,” she said, “We had to throw together this huge team and I told Brent we needed somebody to be the supervisor there. I had people, other officers, call me the next day and tell me how great he was. We didn’t have any orders and I didn’t even know what we were supposed to do there, but he sought somebody out and figured out where everybody was supposed to be and took care of it all. We had not one complaint, client was over the moon and officers told me, hey, I like working for him.”

Not only is Hilliard a great officer, Roller says, he’s a great person to work with in general.

“He’s always nice,” Roller said, “He always wants to help. Always. If he hears about something going on he’ll call and say, ‘I heard these people need extra service, what needs to happen, is there something I can do?’ He instinctively knows how to talk to people, he’s kind but can be stern still. I’m so glad he’s getting the opportunity to be recognized for the exceptional officer and man that he is. It’s about time everybody knew what he’s done here.”

Even though his team is singing his praises, Hilliard says that his reaction to the incident is something everyone would have and should have done.

“I just put myself in her shoes,” he said, “I don’t like violence, but if you see it you have to do something. You can’t just talk about it and watch it, I had to step up.”