Once seen as a luxury service for most Americans, self-storage has quickly ascended into becoming a necessity for many. In fact, nearly 10% of households now utilize self-storage facilities. As a result, the industry is now estimated to accrue $38 billion in annual revenue with around 50,000 facilities nationwide. The graph below shows just how many new facilities are popping up each year: 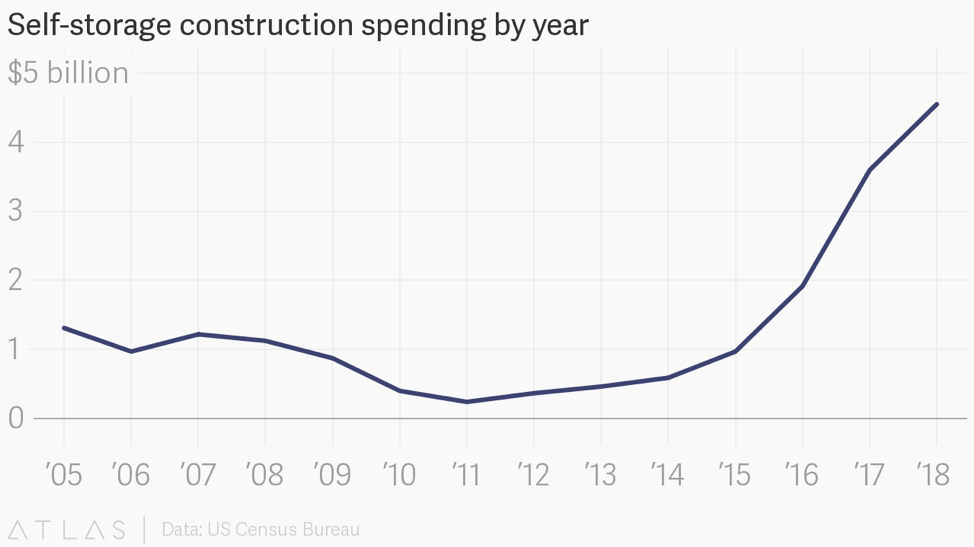 As popularity increases, more and more people see the opportunity…including criminals. While most facilities take precautions to keep people’s assets safe, criminals are keen in finding a way to circumvent those precautions. Theft isn’t the only crime being committed either. According to an independent investigation team in Chicago, called the I-Team, there were nearly 300 break-in’s or assaults at storage facilities in Chicago alone in just a few months of their investigation.

Cameras, locks, and gates work to an extent, but what many businesses have found to be most useful is a visual deterrent such as on-site private security. Keypads can cost up to $30,000, cameras are about $400 per camera, electronic gates can be up to $35,000, and electronic doors cost around $400 per door. Even with an investment in all of these items, it’s hard to prevent people finding a way inside, cutting locks, and finding dead zones in the surveillance or response times. For these reasons, a physical on-site security company is pivotal to a robust security program.

Potential thieves often scope out an area to find an opportunity, so if they see a security vehicle or flashing lights, they’ll be far less likely to test their luck, especially when they don’t know the guards schedule. For that reason, randomized patrols have seen a huge success in preventing crime for businesses. At around $8-$10 a patrol, the value to business owners is unrivaled.

Self-storage facilities with robust security programs can often charge more resulting in more revenue and higher customer satisfaction and can position themselves above the competition. If you’d like to learn more about mobile security patrols for your self-storage facility, click here.